I have a binge eating confession. Thursday was a horrible day health/fitness wise for me.  It all started when my alarm clock went off at 5AM for spin class.  Instead of turning it off and leaving my bedroom as I’ve done the past two weeks, I instantly convinced myself that sleeping until 7AM was a much better idea.  When my alarm clock went off at 7AM, I once again talked myself back into bed and reset my alarm for 7:45AM.  Had I followed my plan, I would have been finishing up spin right around the time that I actually woke up, 7:50AM.

For whatever reason I wasn’t all that hungry Thursday morning, so around 8AM I made myself a cup of hot coffee and ate the piece of biscotti I had purchased while at HLS last weekend.  But by the time I got to work I was starving!

One of the downsides to my job is that there is always free food around the office.  Thursday morning there happened to be a bagel breakfast with lots of leftovers so around 10:30AM I snagged a bagel thin (thank God they had these) and 2 big scoops of cream cheese.  By 11:30AM, I was ready to gnaw my hand off… the processed foods and carbs had not tied me over.

At 12PM, I was thrilled to be heading over to a working lunch.  The lunch was catered by Qdoba, a Mexican food restaurant similar to Chipotle.  I was a good girl and made 2 tacos with corn tortillas instead of flour, skipped the chips, and went light on the cheese.  I also added a half a scoop of rice to my plate and a full scoop of black beans.  As I reached the end of the buffet, there was a plethora of baked goods; cookies, brownies, and more cookies.  I picked up a large chocolate chip cookie and passed on the fruit tray on my way back to my seat (big mistake).

My tacos were super yummy and although I was completely satisfied, I went up for seconds.  I had another taco and grabbed a handful of chips, topped with steak and salsa.  After I finished my plate I ate my cookie and about 15 minutes later I went up for ANOTHER cookie!  I was out of control. I was so full but I just kept eating.

At 2PM I returned to my office, feeling incredibly guilty about my breakfast, lunch, and choice to skip spin this morning.  After work I went to target, which I talked about yesterday, but what I didn’t share was that I bought a jar of Nutella.

Now Nutella is one of the foods on my naughty list.  Do you have foods that are just never good to bring home because you have a tendency to overdo it when you have them?  I mean come on, who overdoes it with oatmeal or fruit? Nutella, Mint chocolate chip ice cream (specifically the keeblers grasshopper version by Turkey Hill), and Tostitos Lime Chips are just a few of my “no-no” foods.

When I got home Thursday night, around 7PM, I wasn’t hungry at all.  I was still full from lunch and even thought, “I don’t need dinner tonight” but then I though “I could use a little dessert”.  Ashley!  You totally had 2 desserts over lunch and a piece of biscotti for breakfast!  Do you really need dessert?

Why yes, yes I do I thought to myself…. I cracked open the jar of Nutella and had a few spoonfuls… and then I had a few more spoonfuls.

At 9PM my stomach started to growl, for who know what reason, so I heated up a piece of naan bread and gobbled that down.  With a dirty dish in hand I headed back into the kitchen to clean up my dinner… but couldn’t get my mind off of the Nutella hidden behind door number 3.  5 spoonfuls later, and by spoonfuls I mean heaping spoonfuls, I had reached the bottom of the jar.

I was disgusted with myself.   I had just eaten 8-9 servings of Nutella!  At least I saved the 10 serving though right?  With 200 calories per serving, I was looking at having just consumed 1600-1800 calories and 88-99 grams of fat.  Man, just writing that makes me sick!

What makes me binge eat like that?  Why didn’t I stop?  Was it stress? Hormones? My dreaded taste buds? or just bad habits?

When I add up my breakfast, lunch, and “dinner” from Thursday, I probably consumed 4500 calories… and as I failed to exercise, I had no calories to dock from that grand total.

Today I felt horrible.  I felt bloated, discourage, disgusted, unhealthy… you name it, I felt it!  So what can I do?  How can I move on from Thursday’s day o’ eating?  Well I definitely felt down but I took a few steps to swung the pendulum to the other side.  I finished creating my 15K training program, registered for 2 races, and attempted to eat healthy.  The ultimate goal will be to create a balanced lifestyle, one that never swings me to one extreme or to another.  It’s definitely something I struggle with from time to time, but I’m working on it and I truly feel that being open and honest about it is the best thing I can do. 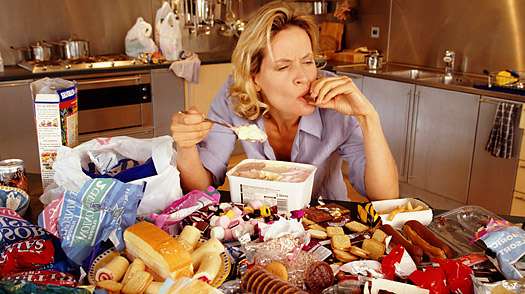 Glad to get that off my chest!!

Such a beautiful summer morning. 60 degrees, no hu

Kinnick at Kinnick with Kinnick. Such a fun day at

Our favorite Main Street! So happy to be in Iowa.

5 days into my IVF journey. I’m grateful to be h

These are the moments. The moments I live for. The

Summer nights made perfect by a sunset trip to the